At last week’s full meeting of Bury Council, the local Liberal Democrat group proposed a motion calling for Metrolink to trial the use of conductors on trams.

The motion was passed with unanimous support from all parties in the Council, which means the Council will now formally request the move from Transport for Greater Manchester

New Prestwich Councillor Michael Powell used his ‘maiden speech’ to propose the motion, pointing towards the hope that conductors on trams would help to alleviate two particular existing issues with the service – rise in anti-social behaviour and violence, and high levels of evasion. Last year, police were called to nearly 3,500 Metrolink incidents and Metrolink currently estimate that 1 in 8 journeys across the service are currently going unpaid.

Our view is that there is a simple solution for both of these problems- providing permanent on-board staff on all journeys across the network.

Around £10 million is current being lost each year from fare evasion. This would be enough to pay for about 300 conductors.

The Liberal Democrat proposal was supported by the whole of Bury Council at the meeting and the proposals will now go forward to Transport for Greater Manchester.

Bury’s team of Liberal Democrat councillors have been successful in getting Bury Council to sign up to a ambitious target of 2030 to be a carbon neutral Council and borough, as our part in tackling the climate emergency.

The agreement came as a Liberal Democrat Group amendment to a Labour Group motion on climate change, which had proposed a more modest target of 2038. The Liberal Democrat proposal was accepted and is now the policy of Bury Council.

“2038 is not ambitious enough. This is an emergency because we have not done anything about it.

In 1979 this might have been a worry. In 2019 it is an emergency. In 2030 it is game over because this is when scientists tell us that climate change is irreversible damage. It is ridiculous to think that people not even born yet have to wait to be adults before we can achieve this.

You can see Councillor Pickstone making the proposals here.

Just to report back on some of the questions that the Liberal Democrat team of Councillors on Bury Council asked at the last Full meeting. Please let us know if you have any comments or ideas for questions in the future. 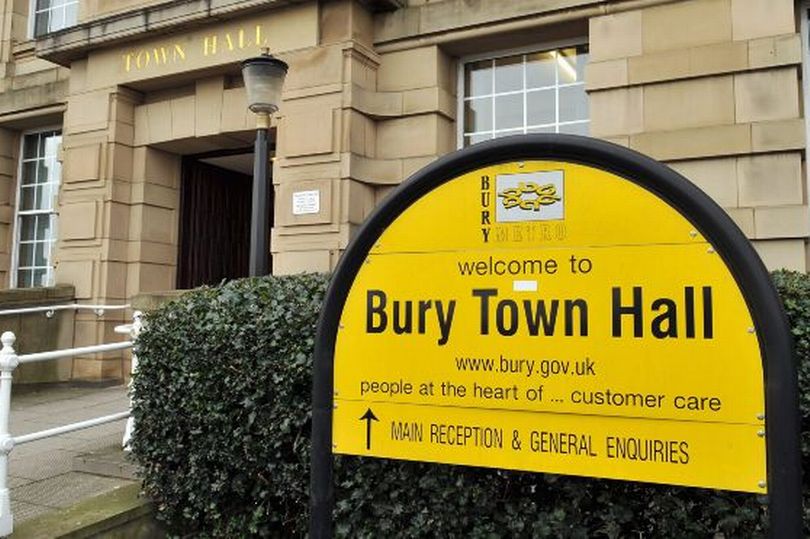 Answer: “It is our intention that Members will ultimately have to vote on the implications of the GMSF through the adoption of our Local Plan which sits under the GMSF and will act in accordance with it.”

Further clarification confirmed that Bury Council WILL get a vote on the final GMSF, which is very welcome.

Large Class Sizes
Councillor Steve Wright asked about the worrying number of secondary classes in Bury which are over 30. Last year, research from the Lib Dems found out that there had been a 265% increase in classes over 30 pupils in 2016/17 school year.
Question: “Could the Leader update members on the number of secondary school children in Bury who are taught in classes of more than 30 children, and how this compares to previous years?”

The answer was that in the 2017-18 school year, there was a further increase, to 65 classes across Bury, with more than 30 pupils in it. That was a total of 2104 pupils. The highest number was St Monicas (441 pupils) followed by Elton and Parrenthorn. (To be fair on these schools some of the classes were 31 pupils, including 10 classes at Monicas.)

Council Culture
Residents may remember the very serious issues 18 months ago around a child protection issue which led to the departure of the Council’s Chief Executive and Director of Children’s Services, and a major independent investigation. When receiving the report of the investigation, Councillors agreed on 20 July 2017 to undertake “an all-party piece of work, involving Officers and Members, with outside support as appropriate, to ensure that the Council has an appropriate culture of working at senior levels in the Authority, which reflects the highest standards for public office and public service.”
Councillor Tim Pickstone asked: “Could the Leader update members on this piece of work?
The answer: “The all-party piece of work on culture within the organisation of the Council has been scoped and a proposal obtained. The Chief Executive has reviewed the proposal and is of view that this work would be most valuable if deployed after a corporate review of the organisation planned for later this year. This will allow the work to be part of a wider improvement plan for the organisation as a whole.”
We will continue to pursue this issue…

The Liberal Democrat team on Bury Council have been successful in getting the Council to take action on the rising prices of school uniforms, in a move to help parents who are struggling with the costs. According to research by the Children’s Society, 3 million families in Britain are struggling to pay for school uniform costs.

Liberal Democrat Councillor Mary D’Albert said:
“We very much support the principle of school uniforms, but the rising cost in some schools is causing unnecessary hardship to parents who are struggling to make ends meet. This can be made worse where uniforms can only be bought from single suppliers and the cost of branded PE kit.”

“As a parent, I know what lengths a parent would go to make sure their children did suffer stigma or bullying because they didn’t have the right uniform, but for some people that might mean having to go without basic household expenditure.

Schools could help by having a more sensible approach to school uniform costs.”

The move, which secured all-Party support and is now Council policy, commits the Council to principles on School Uniform pricing which have been set out by the Childrens’ Society nationally around sensible guidlines for schools.

As a result of the Liberal Democrat group proposal, the Councils will now work with schools in Bury to develop a sensible set of Bury guidelines on school uniform costs which schools will be encouraged to adopt and follow.

The full text of the Liberal Democrat group motion is here.

Inheritance tax overhaul part of radical Lib Dem plans to tackle wealth inequality
Liberal Democrats have today set out bold reforms designed to spread opportunity, power and wealth more fairly throughout society and to give everyone a stake in the UK’s economic success.

The party expects these reforms to raise an additional £15 billion per year, though this is likely to grow as the rate of wealth passed down increases in the coming years.

Liberal Democrat members will debate and vote on the proposals at the party’s Autumn Conference in Brighton next week.

Proposals include:
Overhauling inheritance tax – taxing recipients progressively on all large gifts received at the same rates as income from employment, above a generous tax-free lifetime allowance, instead of the current system of levying tax on the value of an estate left behind.
Taxing capital gains and dividends – equalising the tax treatment of wealth and work by taxing capital gains and dividends through the income tax system.
Reforming pension tax relief – introducing a flat rate of relief on pension contributions, thus rebalancing relief towards lower earners; and limiting the tax-free lump sum the wealthiest can withdraw from their pension pots.
Lifelong learning and a “Citizens Wealth Fund” – using the revenues from wealth taxation to invest in public services, fund an ambitious programme of lifelong learning to prepare workers for the future economy, and establish an independent Citizens Wealth Fund to invest on behalf of the country.

Liberal Democrat leader Vince Cable said:
“The bold proposals we have set out today represent a serious and informed response to this challenge. They follow closely on the work of the Resolution Foundation and the IPPR, which have reached similar conclusions on the policies needed to address Britain’s deep economic divides.

“While it is increasingly clear that taxes will have to rise if we are to afford the crucial public services and investment we all rely on, hard-pressed workers should not be the only ones paying up. It is time to put Britain’s wealth to work.”

According to the ONS, 44% of UK wealth is owned by 10% of households, whilst only 9% is owned by the poorest half of the population.

The spokesperson’s paper “Giving Everyone a Stake” can be found here.

Greater Manchester’s Council Leaders are set to agree a revised timetable for the publication of the Greater Manchester Spatial Framework plans. The next set of proposals, a Consultation Draft, will be agreed by the GM Combined Authority at its meeting at the end of October, followed by a 12 week consultation.

Consultation on the next version of the plan was intended to be July 2018, however, it was agreed to delay the consultation until October because of new population projections (SNPP) published on 24 May 2018.

The previous version of the plan proposed around 240,000 new homes across Greater Manchester (equivalent to an extra Bolton and a new Bury added together). It proposed destroying almost 50% of the green belt land in the Prestwich, Whitefield and Unsworth areas including 3,200 new houses on green belt land to the eastern side of Prestwich.

From the original proposals: Part of the “Northern Gateway” site with 3,200 houses to be built south of the M60 on green belt.﻿

growth in population – for Greater Manchester this amounts to 15% reduction by 2036 – around 43,000 people fewer than the 2014 proposals.
– Slower overall growth between 2016-36 – the population is projected of Greater Manchester projected to grow by 240,000 over the 20 years
– All districts are still projected to experience growth but overall growth is significantly down on that in the 2014 estimates.
– Rochdale and Oldham have slightly higher growth
– The largest decline in growth occurs in Wigan with 11,100 (53%) less growth than before. Trafford 8,600 (25%) and Bury 7,400 (44%) also show large reductions in growth.

New ‘Sub National Household projections’ are due to be published in September 2018, it is expected that the 2016 SNHP will be lower than the 2014 projections.

Liberal Democrats in Greater Manchester remain 100% opposed to building on green belt land. We do need new homes, particularly the affordable homes that people need, but these should be provided on brownfield sites.